Devious servants of the dragon lord seek to awaken the beast! This giant pack of art and audio assets gives you the tools to build an adventure in the Dragon's Den. Music, SFX, battlers (including a giant dragon!), backgrounds, character sprites and tileset art all build the dark and dangerous atmosphere in this resource pack from creator Joel Steudler.

- formatted for RPG Maker MV, but use in any game engine

- 12 lines of dangerous dragon servant dialogue to taunt your players.

In order to download this asset pack you must purchase it at or above the minimum price of $24.99 USD. You will get access to the following files:

I bought the pack and there are only Music folders and SFX folders. The graphics and the 12 lines of servant dialogue are completely missing. How can i get them ?

TL;DR  - my mistake! The correct .rar with all the files is now up.  Try re-downloading it now. Please let me know if you have any issues and we'll get it sorted!

I produce music and graphics on separate computers. Due to an unfortunate decision in file naming, I had two identically named versions of the pack in different locations and when I made the product page here, I uploaded the music-only version from the other computer instead of the proper one which has the rest of the assets added.

As a bonus, you can keep the uncompressed .wav versions of the music that were in the mistaken version I previously had uploaded, which are not part of the usual package!

Everything worked out fine. Thank you so much and keep up the good work.

Can your assets I bout from humble bundle be used in projects other for commercial purposes other than games? For example, I want to use the assets in a game themed book.

by that i mean a project that is commercial

Good luck with the journal, sounds like a cool idea! 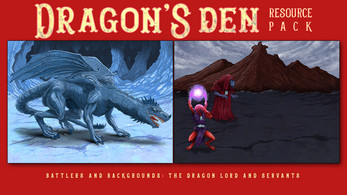 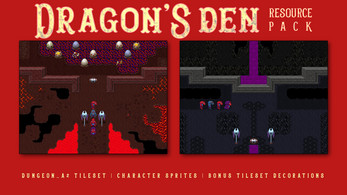