Lo and behold, now set before you is a plentiful pack of musical tracks that hearkens back to times of old. An age gone by, of kings and knights and chivalrous flights of adventure bold. Hear the lute, viol, and shawm... recorder, harpsichord and drums... crumhorn, bombarde, fidule too. An ensemble of early sounds, tis true. Prithee, add these to your game, to fit the era in sound and name.

Listen to examples on SoundCloud:

In order to download this asset pack you must purchase it at or above the minimum price of $19.99 USD. You will get access to the following files:

Hi I got your music pack from Humble bundle. I was wondering why most of your tracks are not loop-able? Is it possible for you to make them looping?

RPG maker is small community. I suggest you target bigger communities like unity or etc. Make the tracks in general not engine specific. The bundle should have been named RPG maker asset bundle. Most of the assets were specific to RPG maker which I never used(Reason no support for 3rd party plugins and most plugins for it made by a small number of people).

Anyways amazing music. I hope you get what I am saying. Better for you. More buyers that way.

I do agree with you that it's great to support other engines! In fact, our Humble Bundle came with a game engine: 001 Game Creator, so it was definitely not RPG Maker specific. None of the assets from me or the other participating creators are exclusive to RPG Maker, they can be used in any game engine. This is particularly so for the music... they're just music files, and work in anything that supports .ogg and .m4a files. I have a friend who is making a pseudo-2D RPG in Unity that is using assets from that Humble Bundle (and others).

My primary market has been RPG Maker users for the last six years, and they generate the vast majority of my sales (mostly as official DLC for the engine on Steam). I've had listings on the Unity store before, and in general it wasn't a big driver of sales. That said, none of the material I produce is restricted to use in RPG Maker (or Visual Novel Maker). Some of my graphics packs are formatted to the specs of those engines, because they drive most of my sales, but the art can be used in other engines too. And in some of the packs I've included high res source files for even more flexibility. And again, with music, it's universal. 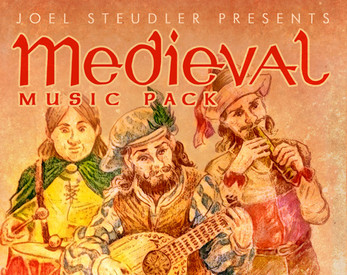